Jihad does not mean or imply holy war. In Arabic the word, harb al-muqaddas, would translate to holy war. But no such term actually exists!

Islam does not deem war to ever be holy. The Prophet Muhammad said: “Never wish to meet your enemy [in war], but ask God for safety.” (Bukhari, Muslim)

He also stated: “The most detested of names to God are ‘War’ and ‘Bitterness’.” (Abu Dawud)

The word jihad in Arabic means struggle or striving for something and is used generically as such. 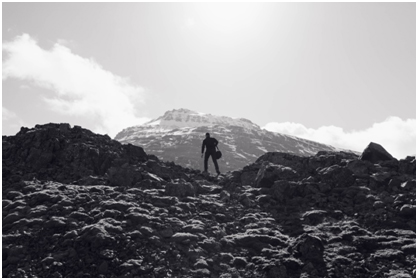 When used as an Islamic technical term, jihad can have the following meanings (in order of priority):

The Prophet himself confirmed this as the “greater jihad” compared to the lesser one on the battlefield.

The last two can be undertaken in a variety of ways (i.e. politically, economically, intellectually, etc.), armed combat being only a last resort.

A military struggle officially considered jihad must first be sanctioned by a recognized, legitimate authority or state representing the Muslim community. But there are strict rules limiting the nature of warfare:

Furthermore, the rules of war in Islam are among the strictest and most humane ever:

Bodies are not to be mutilated nor prisoners mistreated or tortured (but instead shown some hospitality, if possible). If the enemy offers peace then Muslims are to incline also towards peace:

Jihad cannot be conducted to steal resources from others or impose imperialism. Defeated peoples are not to be converted by force.

All these rules are to be taken very seriously—as a matter of one’s faith—, final reckoning for them being with God on the Day of Judgement.

As for modern terrorism, it isn’t categorized as jihad because it deliberately targets non-combatants and is not sanctioned to begin with by a state or recognized authority representing the Muslim community.

Some Muslims do translate the word jihad as holy war, but this is usually just to follow convention in Western literature. In fact, the term and concept of holy war actually come out of Medieval Christendom and European experiences, such as the Crusades. They were inaccurately projected later by Westerners onto Islam.

Religion being associated with war is considered dangerous in Western societies due to the peculiarities of the European experience with Christianity and colonialism. The combination of making armed conflict into something holy and having little to no moral laws governing it made the European version of religiously endorsed war almost synonymous with horrendous brutality and fanatical bigotry. This was in part because Christianity (unlike Islam) has no legal system. Even when modern Western societies introduced more humane, secular laws; they were (and continue to be) frequently ignored. In the heat of conflict, such abstract ideals often have little impact upon the consciences of soldiers and statesmen.

This is why the Islamic approach of regulating warfare with spiritual values on a spiritual society has had a far more positive impact historically.1 For in Islam; following tolerant, humane and just rules of engagement are not just a professional or philosophical ideal, but a religious obligation—connected directly to one’s immediate relationship with God and the fate of one’s eternal soul.