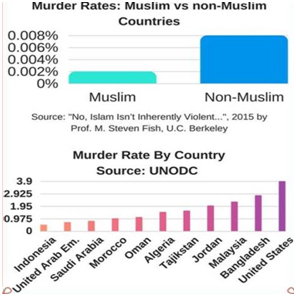 The Qur’an describes the inviolable nature of human life:

So killing even one human being is no less terrible a crime than killing all of humanity.

The Qur’an encourages forgiveness instead of retaliation: