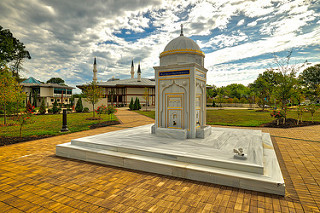 The Quran is probably the most influential book of all time. Its teachings have inspired many civilizations.

It is the most widely read book in the world and continues to touch countless people’s lives in the deepest of ways.

Considered nothing short of a miracle—both for its style and message—the Quran could only be what it claims to be—the words of God Himself.

Even to the pagan Arabs who first heard it, the Quran’s linguistic eloquence sounded positively supernatural. This is immensely significant, for the pagans of Arabia had produced one of the finest poetic traditions the world has ever known. And it was all the more astonishing because the Prophet Muhammad was neither a poet nor even literate! 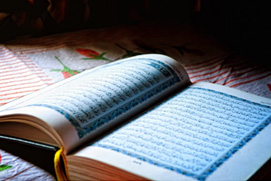 “If you have doubts about the revelation We have sent down to Our servant (Muhammad), then produce a single chapter like it…” (Quran 2:23)

“And this Quran is not such as could ever be produced by other than God….”(Quran 10:37)

“As tangible signs, Qur’anic verses are expressive of an inexhaustible truth, they signify meaning layered with meaning, light upon light, miracle after miracle.”2

In fact the Quran is the greatest of all miracles from any Prophet for it can be witnessed by anyone, anywhere.

This book is every bit as relevant today as it was when first revealed, being possibly the only religious scripture free of any contradictions to proven scientific facts. And astonishingly, it actually compliments the latest science:

“The only reasonable conclusion is: these descriptions were revealed to Muhammad from God.” (Dr. Keith L. Moore, Professor of Anatomy and Cell Biology, University of Toronto)3

“I find it very interesting that this sort of information is in the ancient scriptures of the Holy Quran…I would think it must be [from] the divine being.” (Dr. William W. Hay, Professor of Geological Sciences at the University of Colorado)4

What makes the Quran even more amazing is that it is in very clear and simple language yet has infinite depth. It is an unending source of discovery about God, life, the Hereafter and ourselves.

The awakening the Quran stirs within a person is an epiphany that can be so powerful it’s as if you’ve awoken from a dream and regained consciousness of the real world.

It reawakens the innate desire within us to have a relationship with God and to be guided through life by our Creator for “Truly, it is (only) in the remembrance of God that hearts find peace” (Quran 13:28).

As a book, it has an unusual feel, with seemingly no beginning or end; one can start reading it from anywhere. It calls on you to contemplate the nature of reality and links it to your life experiences. It repeats certain things to remind you, console you, caution you. It’s inspired by actual events yet connects them to your personal destiny and that of humanity’s for all times to come. Many open-minded searchers of truth immediately recognize it as something truly divine.

Countless people—Muslim and non-Muslim—have received spiritual and even physical healing just from reading it or listening to its recitation. For it was sent as a loving mercy to mankind:

“O humanity, there has to come to you advice from your Lord and healing for what is in your hearts and guidance and mercy for the believers.” (Quran 10:57) 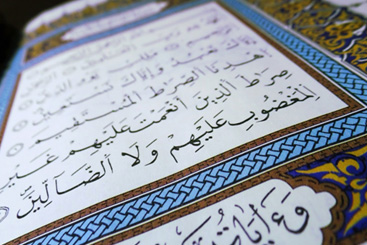 Just hearing the very words of God can have a profound affect upon you for they are intrinsically holy, blessed and therapeutic to the soul.

The Quran is a remembrance of God and

And as God says,

“And God wants to lighten for you [your difficulties]; and mankind was created weak.” (Quran 4:28)

But to those who embrace this Noble Quran’s teachings, God promises them a good life:

“Whoever does righteousness, whether male or female, while he is a believer – We will surely give him a good life….”(16:97)

God’s direct speech to humanity is priceless and the Quran is the only divine scripture completely untampered and preserved exactly as it was revealed 1,400 years ago. This feat alone is almost unbelievable (though accepted even by non-Muslim scholars).

This was promised by God. He Himself will protect this revelation from ever being corrupted by the hands of man:

(God uses the royal “We” here as a king would)

The Quran is a book of signs and guidance. It promises to be theguide, inspiration and divine message from God we all wish for deep inside—even if we’ve convinced ourselves that such a thing cannot be—provided we give it a chance.

“This is the book in which there is no doubt, containing guidance for those who are mindful of God…” (Quran 2:2)

It’s natural for humans to yearn for direction and ultimate fulfillment in something higher and transcendent. God shows us with deeply compelling signs throughout the Quran that this “something” is actually Him—the ultimate being, our loving Creator.

The Quran reawakens our inner nature, returning us to what we’ve innately known and wanted unconsciously all along.

“This is the innate nature which God instilled in mankind—there is no altering God’s creation…though most people do not realize it. …” (Quran 30:30)

We cannot escape it and must not resist nature within ouselves. Cultivating it is necessary to achieve that true tranquility which all men and women seek in their lives.

For even if we’ve strayed into atheism, we usually turn to that One being in times of desperation.

Then why not seek refuge in Him for every moment of our lives?

“O Humanity, what has lured you away from God, your generous Lord, who created you, shaped you, proportioned you, in whatever form He chose?” (Quran 82:1-19)

The Quran teaches that worship is not just religious rituals but can be all aspects of our lives including our jobs, relationships and even recreation. All these can be blessed and guided as part of an overall life linked to God. What could be more total in its fulfillment? What way of living or worshipping could be more intrinsically harmonious and holistic?

And what else could be the purpose of our creation?

We lose our way when we driftfar from our nature to worship and live for God focusing instead on people, pleasures or ideas that don’t relate us to Him. Life becomes meaningless. It has no ultimate point on a personal or even a collective level. And it becomes corrupted by confusion and misguidance from the straight path:

“O Humankind, there has come to you a conclusive proof from your Lord, and We have sent down to you a clear light. So those who believe in God and hold fast to Him – He will admit them to mercy from Himself and bounty and guide them to Himself on a straight path.” (Quran 4:174-175) 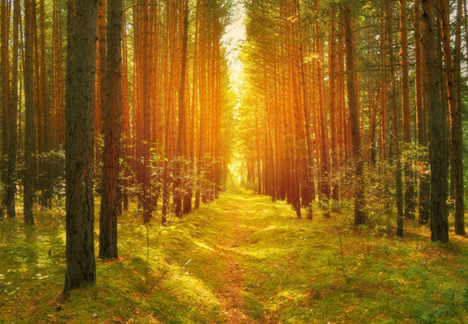 And so it is with humanity collectively. The Quran calls on all people to join together in living for God, and enjoining righteousness.

“O Humanity, indeed We have created you from male and female and made you peoples and tribes that you may know one another. Indeed, the most noble of you in the sight of God is the most righteous of you.” (Quran 49:13)

Those who live and invite to this path will be a special nation onto themselves—regardless of their color or country:

“You are the best nation produced [as an example] for mankind. You enjoin what is right and forbid what is wrong and believe in God.” (Quran 3:110)

The Quran provides that precious guidance on how this can be achieved for our salvation in this life and the next.

(Read God’s words for yourself here—link to “Sample the Quran”.)